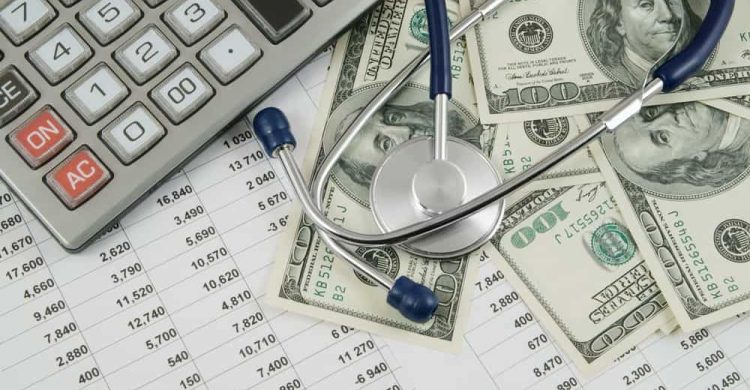 In recent years, the popularity of plastic surgeries has increased immensely, and it is one of the fastest-growing industries. According to statistics, around 20 million people worldwide have undergone cosmetic surgery. Furthermore, the demand for cosmetic procedures will continue to grow in the foreseeable future.

In this blog post, we’ll be going over everything you need to know about getting this surgery in Turkey and how much the breast augmentation surgery cost.

Breast implants have been widely used since the late 1960s and have become increasingly popular. The procedure can be performed under general or local anesthesia, depending on your preferences and the type of breast augmentation. The following are some of the options available for this type of surgery:

A nipple-areolar complex (NAC) incision is used in breast implant surgery. The NAC incision is made around the areola, circular in most women.

This type of incision allows for better access to the breast tissue and better cosmetic results because it leaves less noticeable scarring than other types of incisions. It also allows for better movement of the nipple-areolar complex after surgery. In addition, it makes it easier to create symmetry between breasts when only one side needs to be augmented.

The shape of your breast implants will depend on your preferences, but there are certain things to remember when choosing an implant shape. The ideal implant will provide a natural look and feel without being too large or small for your body type. A round implant gives a natural-looking result, while an oval implant provides a more youthful appearance.

Breast fillers are used to increase the size of your breasts. Usually, they’re put into the pockets created by your body’s fat to make them bigger naturally instead of silicone gel or saline implants, which can cause ripples or other issues over time. The fillers available include PMMA (polymethylmethacrylate), Radiesse® (calcium hydroxylapatite), and Sculptra® (poly-L-lactic acid).

This method is also known as the “under the muscle” technique. In this approach, the implants are placed beneath your chest muscles, and a pocket is created to accommodate them. This technique offers several benefits, including holding the breasts higher on your chest wall and giving them a natural look.

On the other hand, some surgeons may recommend this technique if you have sagging or droopy breasts or if you want to avoid using underwire bras in the future.

In this procedure, your plastic surgeon will make an incision along the breast fold (inframammary crease) to insert an implant underneath it.

After inserting the implant, this incision will be closed with stitches and covered with Steri-Strips (surgical tape).

The advantage of this procedure is that it allows for very small scars on the breast area, which are hardly visible after surgery.

However, there are some disadvantages, such as possible pain during sex (which usually subsides after three months) and difficulty finding clothes that fit correctly after surgery.

That is the most commonly used breast augmentation technique.

This technique has a high rate of success and minimal complications.

This technique is used when there is an insufficient volume of breast tissue to cover the implant. This method removes the breast tissue through small incisions along the edges of the areola (the dark area around your nipple).

Then, the implant is placed behind this skin flap and positioned within your breast pocket. This procedure has less scarring and results in a higher proportion of natural-looking breasts than trans-axillary surgery, but it may not be suitable for all patients.

That is a breast augmentation technique used in Turkey. It involves the use of saline-filled expanders and fat grafting to enlarge breasts.

The expanders are inserted through a small incision in the abdomen and then removed after sufficient expansion. The resulting breasts are larger than before surgery but not as large as they will be after permanent implants are inserted later.

The procedure takes about 3-4 hours under general anesthesia. Surgery recovery time ranges from a few days to two weeks, depending on how much fluid was used during surgery and whether or not additional procedures were performed simultaneously (such as liposuction).

The TUBA type’s breast augmentation surgery cost varies depending on the number of expanders needed for each patient. Still, it typically costs about $2,500 per stage, with additional fees for anesthesia, facility fees, and other surgical supplies.

Read Also: When I can fly after breast implants?

Turkey is one of the most reputable countries for breast augmentation. Thanks to its experienced medical staff, the large number of surgeries performed every year, successful results, reasonable prices, and constant encouragement by the government for medical tourism.

Each patient has a personalized treatment plan depending on their age, body structure, availability of surgery, type of normal breast tissue, and the percentage of breast augmentation required.

The cost of breast augmentation in Turkey ranges from 3000 to 4000 US dollars; these fees include all the operation costs, such as anesthesia, operating rooms, doctor’s fees, aftercare, transportation, and hotel accommodation.

The Breast augmentation price in the UK

In the UK, according to National Health Service, the breast augmentation price ranges from £3500 to £8000. These fees do not include additional costs such as anesthesia, aftercare, or other expenses.

Cost of breast augmentation in the USA

In the United States, according to 2020 statistics, the average cost of breast augmentation is about $4,516; the price varies according to the state and the doctor’s experience.

Also, do not forget that these fees include only the operation fees and do not include any other costs.

Get A Free Quote

Factors that determine the cost of Breast Augmentation Surgery in Turkey

That can be one of the most significant factors determining your surgery’s cost. If you have a good health insurance policy, you might not have to worry about paying for surgery. It is essential to check with your insurance company before booking an appointment with a surgeon to get all the financial details.

2. The location and type of clinic you choose

Turkey’s best cosmetic surgery clinics are in popular tourist destinations like Istanbul, Antalya, and Alanya. These clinics offer expert services at affordable prices compared to countries like England or France. However, booking an appointment at a local clinic is better than going abroad if you want to save money on medical bills.

Different types of implants available today vary in size, shape, material, and cost. The type of implant you choose will also determine how much breast augmentation surgery costs.

The most crucial factor determining the cost of breast augmentation surgery in Turkey is the surgeon’s experience.

Surgeons with more experience have better skills and techniques to perform this type of surgery.

Since they have performed more breast augmentation surgeries than their less experienced colleagues, they know how much time it takes them to complete this procedure successfully and efficiently.

As a result, they charge more money than surgeons who don’t have as much experience performing this procedure on patients.

5. The type of anesthesia used during the procedures

Follow-up visits after breast augmentation surgery are necessary to ensure that your breasts look good and feel natural. Your doctor will give you detailed instructions on taking care of your breasts after surgery, and you will see your results when the surgeon removes your bandages.

However, it is recommended that you do not remove your bandages until the doctor instructs you to remove them before time could cause infection in your wounds. The more follow-up visits, the higher the cost.

7. The size of the implant used.

The size of your implants will decide how much money you will spend on breast augmentation surgery in Turkey. Whether you want large or small breasts, the surgeon recommends a particular type of implant. The larger the implant size, the more expensive it will be to use.

What are the types of breast surgeries performed?

There are different types of breast surgery. Some of the most common ones include:

That is also called breast implants or breast enlargement surgery. Breast augmentation surgery increases the size of your breasts using silicone implants. The implants can be placed under or over the muscle, depending on your needs and preferences. The procedure takes 2-4 hours to complete, and you should be able to go home the same day.

A breast lift involves removing excess skin and tissue beneath the nipple and repositioning it to sit higher on your chest wall, making your breasts appear fuller and more youthful. As with all cosmetic surgeries, OHIP does not cover a breast lift and requires payment upfront by you or your insurance company.

Breast reduction involves removing excess fat, tissue, and skin from both breasts to be smaller but still in proportion. Breasts can be made smaller during this procedure, but their shape cannot be changed because there is only so much skin available after removing excess tissue and fat (which creates roundness).

Read Also: How much does breast reduction surgery cost?

Reasons why you should consider Breast Augmentation Surgery In Turkey

Breasts are an essential part of a woman’s body. If you have small breasts or don’t, there is a big chance that you may have considered breast augmentation surgery. But, this procedure is not as simple as it seems, and it is costly and can cause severe complications if not conducted properly. So, before you opt for breast augmentation surgery in Turkey, consider the following reasons:

Turkey is one of the safest countries in Europe and Asia. The medical facilities are well equipped with highly qualified doctors who understand their job well. They know how to handle complications during and after the surgery by providing proper medical support and care.

2- Cheaper than other countries

With a population of 80 million people and its proximity to Europe, Turkey is an ideal location for medical tourism. In addition, the cost of breast augmentation in Turkey is much lower than in other countries, such as the United States and South Korea. Therefore, most patients travel to Turkey for a vacation and stay for the duration of their treatment.

The quality of services is also high. The doctors and staff are friendly, professional, and highly skilled. They also speak English and Russian, making communication easy for patients worldwide. That can be especially helpful for those who don’t speak Turkish or Arabic well enough to understand their doctors’ instructions. Patients can be sure they will receive the best care from experienced surgeons who have performed thousands of procedures.

It’s no secret that breast cancer is the most common cancer worldwide. The risk of developing breast cancer increases with age, so if you have any family history of breast cancer, opting for breast enhancement surgery early on can help reduce your risk of developing this disease later on. The best time to get breast augmentation surgery is when you’re young because younger women tend to have firmer breasts due to natural collagen production, which declines with age. That allows for better results after surgery.

Lastly, if you need to know more about this procedure or have more questions about the cost of breast augmentation, we offer a free consultation on WhatsApp or Fill out The Form Here.

At HayatMed Clinic Turkey, we offer high-quality, specialized, and affordable services. Visit Our Breasts Augmentation Category, or go back to the Blog. 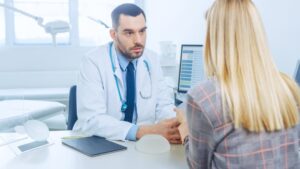 Breast Augmentation Recovery: 11 detailed steps to improve your recovery process In plastic surgery, many factors can influence the effectiveness

Fat transfer to breast overview Every woman deserves to feel confident in her skin. But unfortunately, that’s not always the