The Side Effects of Chemotherapy 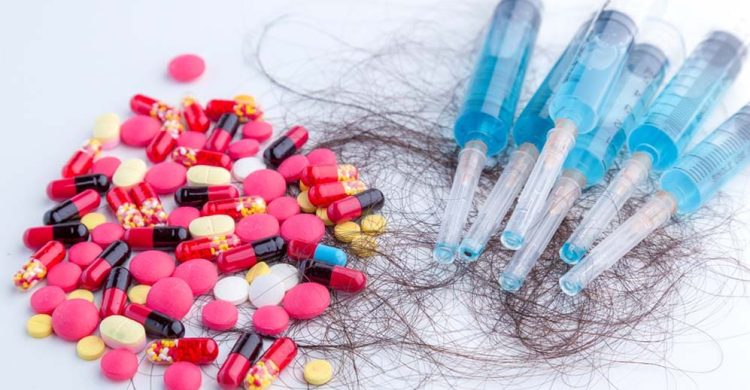 While chemotherapy is not the only treatment option for treating cancer, it is widespread depending on the type of cancer the patients have.

What do we mean by chemotherapy?

Chemotherapy describes a set of medical treatments used to treat various cancer diseases. Thus, it is a group of powerful chemicals used to kill rapidly spreading cells in the human body. Chemotherapy drugs can be used alone or with other drugs to control various cancers.

The main characteristics of chemotherapy

Here are the most prominent characteristics of chemotherapy in the following

1. It is used to reduce the growth of cancerous cells or destroy them

The main uses of chemotherapy are to destroy cancer cells. However, unfortunately, it also destroys healthy cells, especially cells that divide more quickly than other cells, such as hair follicles and blood cells.

2. Chemotherapy drugs differ in how they work.

3 . Not all tumors respond to chemotherapy

Some respond greatly close to complete recovery, some respond to a lesser degree, and others from cancerous tumors do not respond, depending on the tumor type, classification, and degree.

Sometimes chemotherapy is used only to reduce symptoms or to try to extend a patient’s remaining life.

4 . Chemotherapy is used alone or as part of a supplement

5 . The mechanism of chemotherapy varies from one drug to another

The chemotherapy protocol involves using more than one drug with different mechanisms of action, and the aim is to reduce the resistance of cancer cells.

Thus chemotherapy achieves higher effectiveness on the one hand, but on the practical level, these methods did not show any differences in the life span of patients.

Many types of drugs can be included in the chemotherapy group, the most prominent of which are mentioned in the following:

This type of drug destroys the DNA inside cancer cells while they are in the resting phase of cell, and there are many of them:

It is used in most types of tumors, which include: Cyclophosphamide, Chlorambucil, Melphalan, and Ifosfamide.

They are used in the treatment of leukemia, especially, such as Busulfan.

That is unique and distinguished from most other types of chemotherapy by its ability to cross the blood-brain barrier. It treats brain tumors, such as Carmustine, Lomustine, and Streptozocin.

That is used in treating cancer of the bladder, testicle, ovary, and others, such as:
Carboplatin,
Cisplatin,
and Oxaliplatin.

This group is extracted from some types of plants:

This group is extracted from the periwinkle plant or the so-called sea snail, such as:

It is extracted from the yew plant of the coniferous family. This group treats breast and uterine cancer, such as Paclitaxel and Docetaxel.
These two groups are inhibitors of cell microtubules that transport proteins and organelles and play an important role in cell division and reproduction, which leads to paralysis and prevention of cell proliferation when using one of the drugs of these two groups.

It is extracted from the yarrow plant. It is used as an antiviral for viral warts. It has properties that disrupt the stability of the cell’s microtubules, which disrupts its functioning and increases the decomposition of its genetic material by disabling the enzyme topoisomerase II inhibitors that are involved in the work of DNA, such as etoposide and teniposide. (Tenisopide).

This group is called this name because it is extracted from one of the species of bacteria similar to the sequential fungus (Streptomyces).

This group affects cells during certain cycle phases through free radicals that destroy the cell’s DNA.
Despite its serious side effects, such as its effect on the heart, kidneys, and lungs, it is one of the most effective chemotherapy treatments.

Examples include the following:

The work of this group is based on its symmetry or symmetry with basic substances that enter into the formation of the cell’s DNA, so it replaces it to invalidate its action, which leads to inhibition of the DNA and thus prevents the proliferation of cancer cells.
Among the basic substances are folic acid, purines, and pyrimidines, which are replaced by the following drugs:
Methotrexate.

5-Fluorouracil is used in the treatment of colon cancer and as an ointment for the treatment of basal cell carcinoma.
Azathioprine is converted in the body to 6-mercaptopurine, which is used to treat leukemia.

Other options for treating cancer

In addition to chemotherapy to eliminate cancer cells, immunotherapy or hormonal therapies can also be used. Here are the details as follows:

It is usually used in addition to chemotherapy in certain cases of tumors, as some tumors use hormones to grow in the body: Testicular, prostate, ovarian, and other cancers.
Prostate cancer in men is associated with a high testosterone level, so direct and indirect inhibitors of male hormones, including Leuprorelin, Goserelin, and others, may be used.

Breast cancer is related to the level of the female hormone estrogen, progesterone, or both. One of the most popular hormonal drug treatments for estrogen-sensitive breast tumors is tamoxifen, which inhibits estrogen binding in the breast and is also approved as a preventive treatment for breast cancer.

Many other drug treatments reduce estrogen by inhibiting the enzyme that converts part of the fat into hormones. There is also what works to reduce the secretion of hormones from the source of control, the pituitary gland in the brain.

Examples include the following:
Prednisone, which may act on programmed cell death, is used as part of chemotherapy and not alone.

Monoclonal antibodies are used in the treatment of cancer against the enzyme tyrosine kinase, which is considered the key to opening and closing the vital processes in the cell, including what is linked to the formation of carcinogenic genes that antibodies prevent their formation.

Trastuzumab is an antibody that blocks the action of HER-2 tyrosine kinase, which over-translation in the body and leads to breast cancer.
Rituximab is an antibody against an immune receptor used to treat lymphoma.

Experience Side Effects of Chemotherapy?

Before looking at the side effects of chemotherapy, it is important to understand why people experience side effects from the treatment drug.

As we mentioned, cancer cells grow and multiply faster than any other cells in the body. So chemotherapy is, therefore, administered to kill the growing cells.

However, in the process, the body’s healthy cells undergo damage from the treatment, which in turn causes the patients to experience side effects.

How Chemotherapy is Administered to the Patient

Depending on the patient, various forms of chemotherapy treatment can be administered to the patient, including:

The frequency of chemotherapy treatment and the type of administration of the treatment will be discussed with the doctor and the patient and is unique to each individual’s circumstances.

Typically, chemotherapy doses will vary as the patient needs to recover between treatments. The length of time is, therefore, dependent on how well the patient responds to the treatment.

Again, depending on the type of chemotherapy your doctor has chosen to treat you, treatment will either occur at your doctor’s office, a hospital, or home if you take the pill form.

What are the side effects of chemotherapy?

The side effects of chemotherapy are divided into two parts.

Commonly experienced short-term side effects of chemotherapy drug treatment that are treatable, this effects according to the Canser.com website, are:

On the other hand, many cancer patients experience serious long-term side effects of chemotherapy drug treatment, including:

Read also the side effects of radiation therapy.

Keep a Record of Your Side Effects

Keeping records of your side effects from the chemotherapy treatment can help detail your experiences so you can speak with your doctor.

Once they know of the side effects, they will provide you with coping mechanisms to help subside the effects to begin feeling better. Remember, it is better to be as open and honest with your doctor throughout your treatment process as they will assist you with any problems you may be experiencing.

As you can see, chemotherapy has many side effects that will vary in severity depending on each patient’s circumstances. Therefore, when speaking with your oncologist, it is essential to ask as many questions as possible, including what side effects you may experience depending on the treatment plan they have administered.

Although chemotherapy’s side effects can be physically, mentally, and emotionally challenging, it is essential to remember that there are ways to manage the symptoms to minimize the adverse effects on a patient’s overall quality of life.

All cancer treatment centers will also provide therapy and coping mechanisms for patients to help them overcome their side effects and deal with their mentality throughout the process. It is crucial to remain as positive as possible when undergoing chemotherapy treatments.

Lastly, if you need to know more about the Side Effects of Chemotherapy, we offer a free consultation on WhatsApp. Fill out The Form Here.

At HayatMed, we offer high-quality, specialized, and affordable Medical Care services. Visit our full Chemotherapy article, or go back to the Medical Blog. 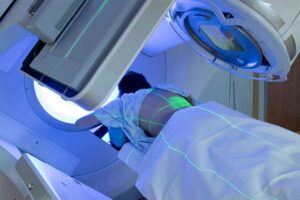 Cancer is prevalent today, affecting many people and persisting as one of the world’s most significant causes of death. Multiple 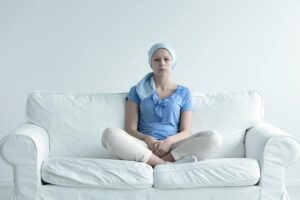 What Are Radiation Therapy Side Effects

Tumorous cancer cells are treated with high-energy radiation. The therapy is designed to focus treatment on cancer cells and limit 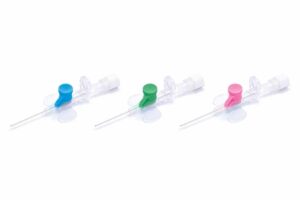 How Does Chemotherapy Work

More than half of the people diagnosed with cancer each year will receive chemotherapy. Treating cancer with chemotherapy reverses the